A quantum phase transition occurs as a system goes from one phase to another at absolute zero, as a non-thermal knob is tuned (magnetic field, pressure, doping, etc). Although one can never reach absolute zero, the effects of the quantum transition can be felt by getting sufficiently close to it. Especially striking phenomena occur when the transition is continuous, termed quantum critical. Certain quantities diverge as the quantum critical point is approached. The reason being that the system easily fluctuates between the competing phases, and these fluctuations grow both in spatial and temporal extent. 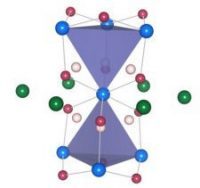 Novel phases of quantum matter, called topological, can be found in quantum materials that feature both strong interactions and spin-orbit coupling. The latter constitutes a key ingredient to realize topological phases as it endows the electrons with non-trivial quantum properties (Berry phases) as they move inside the crystal. A central example is the topological insulator, recently experimentally observed, which insulates in the bulk but hosts robust metallic boundary states.

For more details, please see a review article I co-athored on the topic.